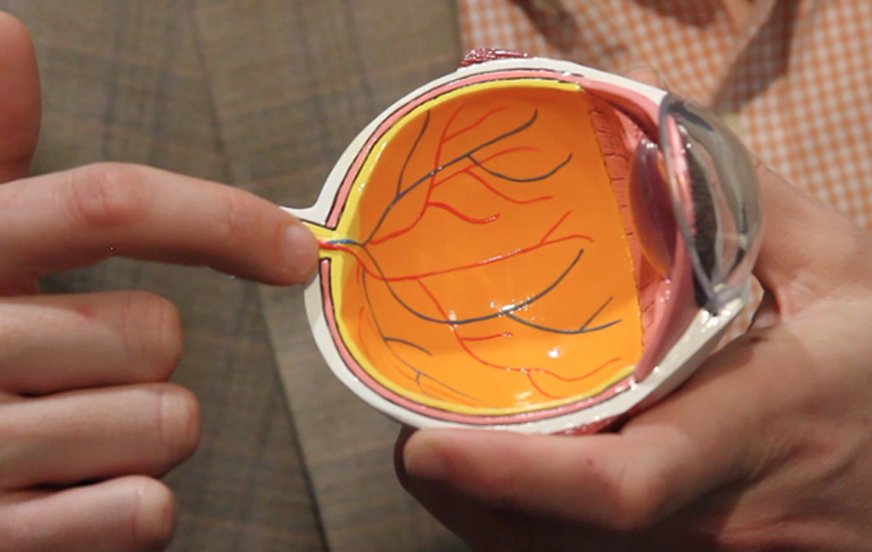 Blurred vision in adults may be caused by Choroidal Serous Chorioretinopathy (CSR). Central Serous is a condition where fluid accumulates in the layer underneath the retina. This fluid causes the retina to detach and results in blurred central vision. Central Serous Retinopathy commonly occurs in one eye at a time but can occur in both.

Symptoms of Central Serous Retinopathy include:

It is possible to experience no symptoms if the fluid accumulation occurs outside of central vision. Men is their 30s to 50s are at an increased risk of developing CSR.

In addition to a dilated eye exam from your ophthalmologist, other diagnostic testing is often needed to confirm a CSR diagnosis. An OCT (optical coherence tomography) scan is often needed to confirm the presence of fluid under the retina. An additional test may be performed called a fluorescein angiography. During the fluorescein angiogram (FA), an orange dye is injected into a vein in the arm or hand to illuminate the veins. This test will help the doctor identify where the fluid is leaking and aid in treatment.

CSR often resolves within a few weeks to a few months with control of the associated risk factors. Patients with CSR generally regain good vision upon resolution of the fluid, however their vision isn’t always as good as before the onset of the condition. If fluid persists after the controlling of risk factors, then additional treatment such as Photodynamic therapy (PDT), eye injections, or laser retinopexy may be necessary. It is important to have regular followups with your ophthalmologist because leaving fluid under the retina can lead to long term vision loss. If you think you may have a retina condition such as Central Serous or would like a second opinion, please call us at (616) 954-2020 and make an appointment today.

Back To Services
Accessibility by WAH